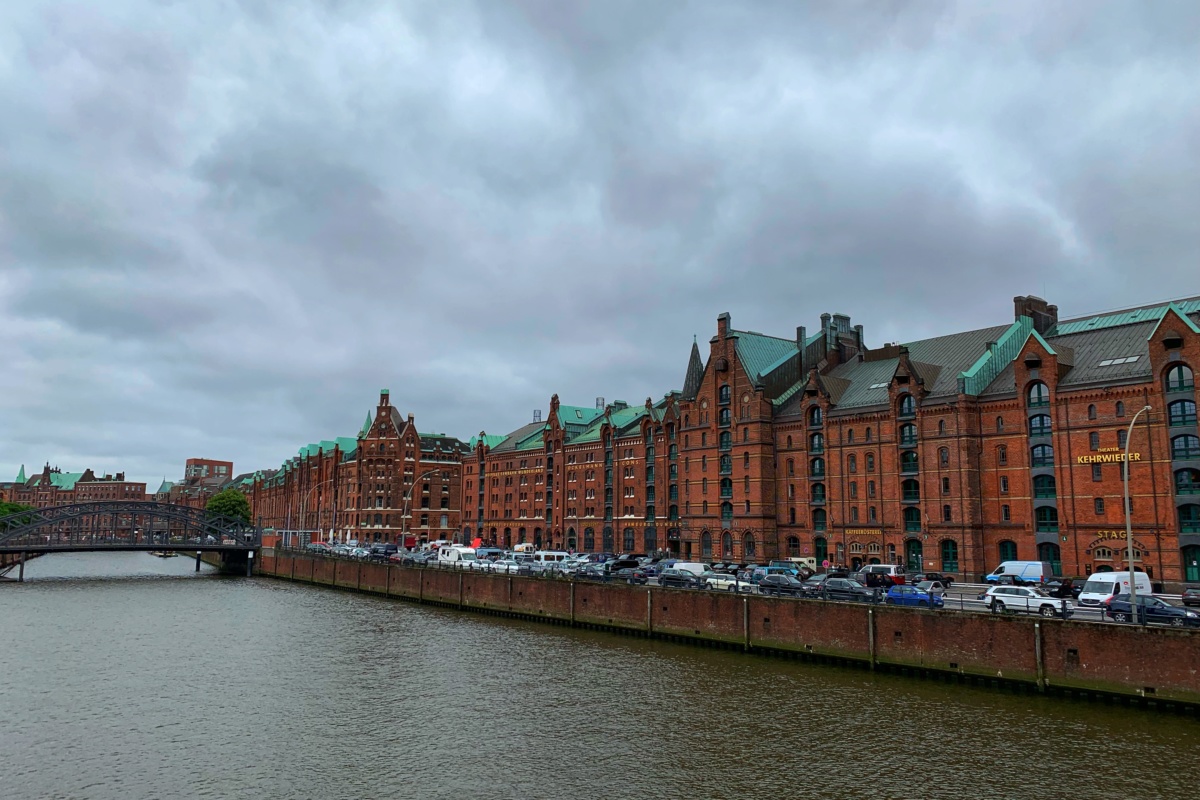 Hamburg – on the way to Cruadalach concert

Every time when Peter is discussing with Cruadalach new concerts in abroad, we are also planning at home, how to use it to travel as much as we can.

As soon we heard the name Hamburg, our eyes started sparkling. We bought the fly ticket very early before the date, so we got them in relatively acceptable price. We didn’t bought any insurance (as usual). Well, why? Generally we have smooth flight, so we don’t need it.

In Germany, we standardly live at NH Collection hotels. It proved itself many times. Especially because of their breakfasts. We mostly skip the lunch on our vacations, but to do that, it means we need to have bigger breakfast and dinner.

Few days before the departure, it begun to a bit complicate it. Matěj had fever and stomach aches and I had the issues with my lumbar spine disk. I’m sure it started to me in our last trip to Barcelona. Certainly, from how often I carried Matěj in my arms. Until the last moment wasn’t really sure that we’ll leave our house. It wouldn’t be our first time when we lost our fully paid vacation. Every vacation is in danger if you have a small kid. Remember that!

Fortunately, on the departure date, Matěj was perfectly healthy and I was practicing my back and using Wobenzym and Diclofenac, so I was also alright. The bad moment came when Petr appear in the doorway (after a half day at work) and had completely green color in his face and felt really sick. But he had no choice. He is the band frontman. So he could only hope that it will change and become better in Hamburg.

Except some financially happy things that we found out that day, we didn’t have much luck. Everything that could was delayed. Anyway, right after coming to the hotel room, Matěj and also Petr went straight to the bed.

I was the only one whose left. I visited hotel’s SPA but it disappointed me. Most of those attractions was under reconstruction. I didn’t want to sit alone in the dark room and go to the hotel’s bar also wasn’t my way. So I set out for a walk to the city centre. I left the hotel around 21:50 and it still was light outside.

Right behind the hotel, there was a Courthouse and from that point reached a pathway to the harbor. The path went through a beautiful park Planten un Blomen. On the reception I took a tourist map with all marked sights, so i followed the recommended route.

The port totally thrilled me. There was anyone at that evening time. Only me and few local Turkish.

I return back when it was completely dark outside. I can admit that I wouldn’t go back the same way through the park. Long glances of laying down homeless, drunk and junkies didn’t make me feel safe. That’s why i bought a ticket for 1,7E and took a bus to hotel.

I was lying in the bed and couldn’t asleep. Matěj and Petr didn’t even noticed that I was gone for a few hours. Or it is also possible that Matěj cried for a long time but nobody came to him, so he just gave up and asleep again. Petr fall into a deep coma and until next morning he didn’t know anything about himself.

This morning, the first thing we heard was the fire alarm. It was hooting twice in a raw and it was impossible to miss it. Matěj was so frightened, that he was shaking during his crying how scared he was.

All of us missed dinner yesterday evening. Boys ware sleeping and I in total enthusiasm forgot. So after the alarm we almost run for breakfast. The waiter surprised us a bit when he told us that we are not on the list of people having breakfast. We probably forgot to pay for it. It could happened. Anyway, we ware so starving that we couldn’t leave. We agreed to pay for it after the breakfast so the waiter let us go.

We shouldn’t have said it anywhere but when we left, the waiter said that the breakfast was for us for free. It was probably as a compensation for the early morning alarm, which was by accident and woke up the whole hotel.

There was nothing to wait for, we had only one day for visiting Hamburg. It is kind of a miracle but I can say that Petr felt Ok this morning. He only had a sore throat but feel strong enough to go to the city centre with us. It looks that the concert is saved.

As usual, we didn’t pack any warm clothes. I only have a shorts and tank tops. No jacket, no sweatshirt, no long sleeve trousers. Thanks God, i packed some warmer things to Matěj and Petr travelled with long sleeves because he was sick.

Outside was still switching rain with a strong wind. Im starting to think that my mobile app for weather forecast is kidding me. It had never been the weather it reported to me. When we walked along Tchibo, i had to admit that I must to buy a sweatshirt because I couldn’t keep going with my goose bumps anymore.

For lunch we only have a diet salad and tomato soup. Matěj now (for a change) lost his taste because of his tooth growing. He only played with stones on the terrace.

After lunch we went to the hotel for a while. Petr needed to take his medicine and we also wanted to have some rest until we go to the city again.

On the way back, we hit (actually by accident) on the Composers Quarter Hamburg. Very beautiful part of Hamburg. At first, we ware stuck by beautiful houses and after that, we found out, what it actually was.

In the afternoon, we had on the plan a tour through old Russian submarine becoming from the cold war. This place enjoyed Matěj the most. It was even better than any playground.

Our hotel was located in a district called Sankt Paulí. Famous Hamburger district that really lives. Something like Red light district in Amsterdam. However, this part is famous because of Beatles. On that place they performed and played together for the first time. Exactly on this place joined them legendary Ringo Star. If you don’t have a kid, you can browse some the local bars. Every one is proud that Beatles members spent some time in it. I read that Beatles played over 1500 hours in Hamburg.

We, of course, visited local pharmacy and playground instead of bars. Also nice :).

Mom got pretty angry when she went to buy a green tea and said easily in German: “zwei grune tee” and the woman in the café didn’t understand her….and unfortunately, she didn’t understand even when she tried in English. Which annoyed her even more. One would say, that this phrase must been understood by everyone. Especially when you show the full box of tea bags.

In the evening we got two dinners. The diet lunch didn’t fill us up so much, as we usually used to. At first we went for some Thai food and later mom went for Vietnamese Pho, which was in a nearby of our hotel and was very good rated on (our favorite) TripAdvisor.

The kid didn’t want to but asleep against to his own will. We brought a Radler from hotel’s bar and played Jaws. Unfortunately on the tablet, we didn’t want to wake up Matěj. And the room’s tv (although it looks modern for the first glance) didn’t have Netflix app.

Wake up at 5:30. We have separated on the way back. Mom and Matěj flew back home and daddy went to the concert.

We didn’t have the mood to travel by metro and then train to the airport so we called a taxi which gave us a lift for beautiful 28E directly to the airport. We settled in the airport launch and watched on the departure board how the delay of our flight increased.

Petr enjoyed Hoernerfest and we after a set of delays arrive to home successfully.